Skip to main content
Posted by Kimberly Derting May 16, 2010

When I was invited by the Chapters store in Kamloops for a signing this weekend, do you know what I said? Absolutely!!! Then to my husband I said: “Where in the frick is Kamloops anyway???”
Sadly (because I’m a little geographically challenged), I assumed it was just across the Washington / Canadian border, maybe three, three and half hours away. Okay, no…try six hours, but you know what, we didn’t regret a single minute of it. Let’s just say, NOW I understand why they call it “Beautiful British Columbia.”

So, for those you who didn’t know where Kamloops was (including my stupid GPS!), it’s nestled in the mountains of British Columbia. The drive through the mountain pass was not only breathtaking but very exciting because…we saw a bear! And not just a bear, but a bear-cub. In real life! He was just hanging out off the side of the highway. How cool is that??? Unfortunately, my camera was stuffed in my purse and my husband was going like 110 so I didn’t get my shot. (Okay, in his defense, that was 110 kilometers per hour so he wasn’t actually speeding, but I’m still sad I didn’t get my picture.)

Besides my husband ruining my photo op (yes, somehow I’m still blaming him for this), the trip was fabulous! Here are some highlights :

The gals that work at Chapters were AWESOME (Hi, Chandra and Nikki!) 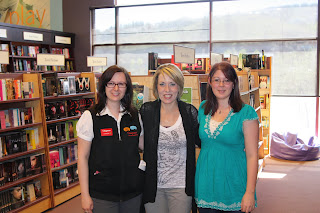 They setup my sweet signing table in a great spot! 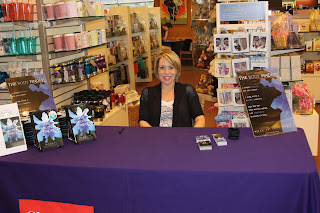 They had even pre-ordered cupcakes for us to eat after the signing! So, after picking up the cupcakes, they asked: “So, do you guys drink?” Best. Line. Of. The. Trip! (Gotta love the way these gals think!) So we all went for margaritas and appetizers and ate the most delicious cupcakes on the planet. It was a blast! 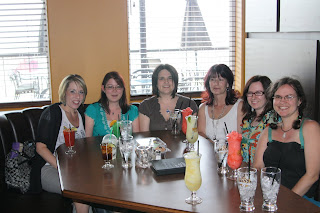 Oh, and in case you were wondering, the Canadian Border Patrol do not have a sense of humor. They said things like this:

Sir, can you please remove your sunglasses?

Where do you live? (This while looking at our passports)

Where is that exactly? (In case we were lying???)

So what brings you to Canada?

And when he found out why we were there, he asked if I had a copy of my book in the vehicle. I said yes, and he asked me to get it. I unbuckled and (not very lady-like) climbed into the back of the truck scrounging around (butt in the air) until I finally found it. He examined it for about 90 very long seconds…without saying a single word. It was very surreal but he eventually let us pass.

Let’s just say that Dude was seriously SERIOUS about his job. He did not crack even a hint of a smile or utter a single “have a nice day.”

Emily said…
We had an issue similar to yours a few years back. I was on vacation with my family, and they were questioning us and asking if my parents were REALLY our parents. It was very weird...
May 16, 2010 at 7:36 PM

Sara said…
Oh my gosh, that border thing is crazy! And I almost wish your husband had said that, just so I know exactly how the border police would respond. Haha.

Melissa said…
British columbia is beautiful! (I should know, I live here)

Jennifer @ Mrs. Q: Book Addict said…
Glad you enjoyed your visit. I usually get that when I cross the US boarder. It's normally very uncomfortable. Hopefully, you'll come to Montreal one day.
May 17, 2010 at 2:34 AM

Vanessa said…
BC is gorgeous!