The Good: My first night on tour with Claudia Gray, Courtney Allison Moulton, and Leah Clifford! B&N put together an awesome night for us!!!!

The Bad: A four-hour flight delay, which meant racing straight from the airport to the signing.

The Ugly: Dressing in a cramped Minneapolis Airport bathroom, while trying NOT to touch the floor. Or the walls. Or the toilet. Eww! 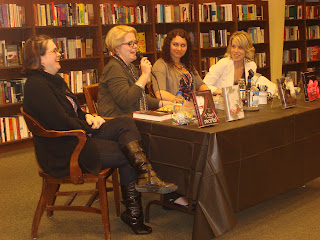 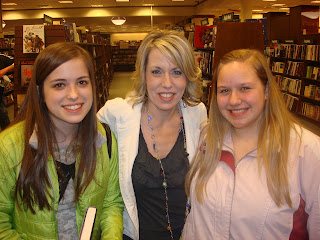 Look at all the green! My socks were green...just ask airport security... 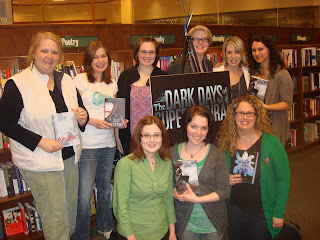 Courtney decided to become part of the decor. Yes, those are balloons tied to her hair... 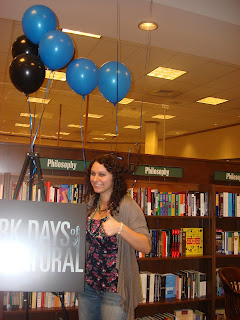 The Good: It’s Chicago! We did a school visit, a library round-table discussion with some amazing librarians, picked up Ellen Schreiber, AND got to go to Anderson’s Bookstore in Naperville…YAY!!!

The Bad: We did all that on only about 4 hours sleep.

The Ugly: We hit turbulence on the way to Chicago and one of the authors (*cough*Courtney*cough*) gets airsick. Poor thing!!! 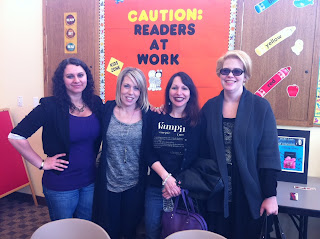 The crowd at Andersons... 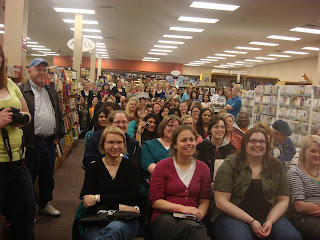 OMG, look! She has pink AND blue in her hair for the TBF and DESIRES covers. I think I love her!!! 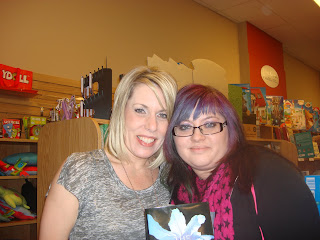 The Good: What wasn’t good??? Books & Books may have been one of the coolest bookstores I’ve ever been in! They have a courtyard for live music, a full service café, art displays…and it was 80 degrees! Not to mention it was Super Moon that night.

The Bad: I tried to get a picture of the Super Moon from a moving vehicle. With the flash on. Through really dirty windows. Umm, yeah.

The Ugly: They asked us to do the Time Warp from Rocky Horror Picture Show. And they videotaped us. Said video has not surfaced yet, but I have a feeling it will. Someday… 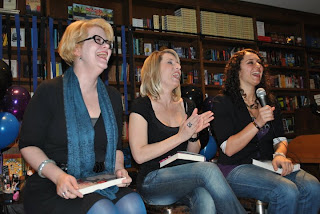 Clearly, we thought we were hilarious! 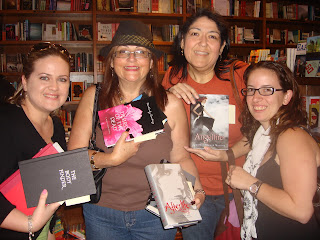 Books & Books had great crowds too... 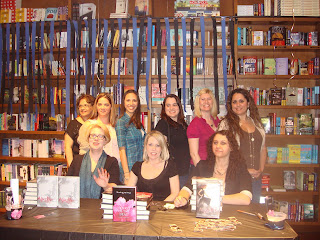 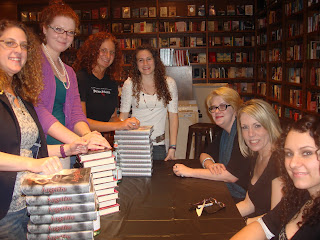 My attempt at shooting the Super Moon... 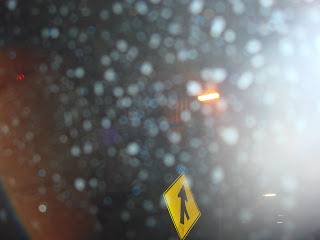 And, later, a power dinner...tortilla soup and chocolate cake. What else??? 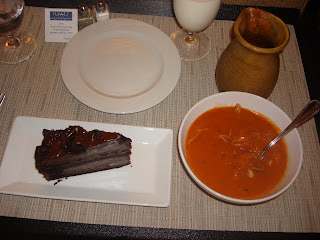 Liz said…
I'm so glad that you were able to make it to the Minneapolis stop despite your flight being delayed. It was great to meet you!
March 28, 2011 at 9:12 AM

Anonymous said…
I donâ€™t usually reply to posts but I will in this case.