RWA Recap (and where you can order signed copies of TBF and DESIRES OF THE DEAD!)...

So...whew! New York was awesome, exciting, and exhausting...pretty much in that order. And rather than bore you with the deets, I thought I'd share some pics of my whirlwind week, starting with the amazing view from my room: 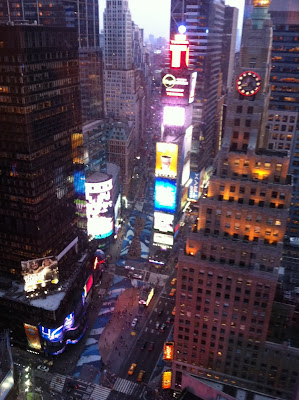 While I LOVED this view, it was pointed out to me that it was somewhat dizzying for those with a fear of heights (*cough*LisaSchroeder*cough*).

I saw some sights, you know like St. Patrick's Cathederal...(okay, yes, this was from my cab...I did mention this was a whirlwind of a trip, right???) 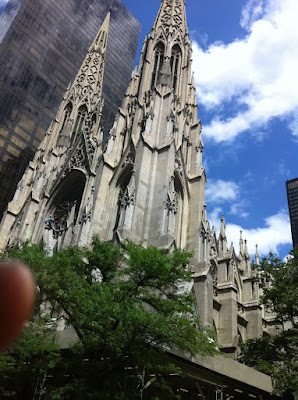 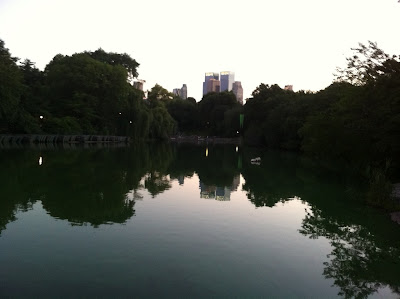 And, of course...the Naked Cowboy: 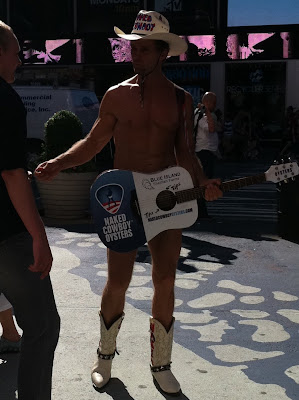 (I was disheartened to realize that he isn't just one random lunatic standing around in his tighty-whities, but that there are several "Naked Cowboys" in the franchise. Sorta ruined him for me.)

Also, I ate. And ate. Lisa Schroeder convinced me, Sophie Jordan, and Inara Scott that the Shake Shack was worth the half hour wait in line. And lemme tell ya somethin'...OMG, those shakes...those disgusting looking shakes...SOOOOO GOOD!!!! 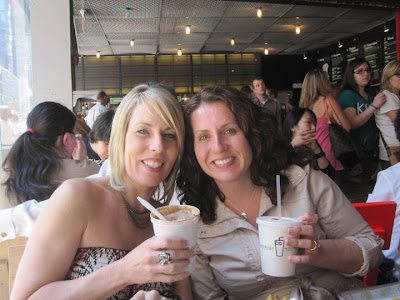 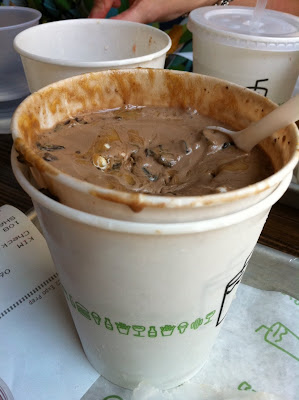 I ate until I felt sick, and then I ate some more. I finally resorted to stuffing my cup with trash so I'd stop eating (something I probably shouldn't admit out loud). Now that's a good shake.

Lastly, the signing at Books of Wonder was everything I'd hoped it would be. 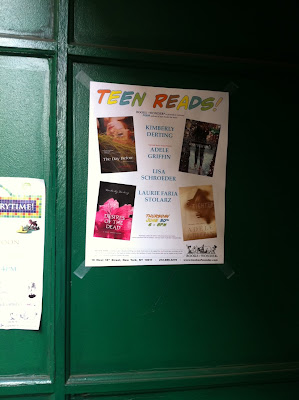 Not only did I get to spend the evening hanging out with fab authors, but I got to chat it up with some of the best readers in the Northeast!!! I met one of my agent mates, Frankie Diane Mallis: 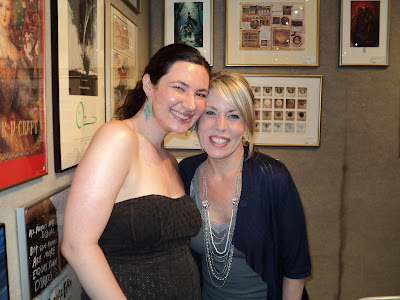 Later, while we were walking to Penn Station, Frankie and I were even invited by a random stranger to watch "naked lady wrestling". Man, I love NY!!!

And check out what one super-awesome reader made me: 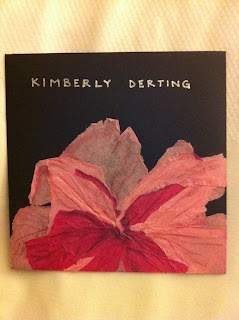 (And that was just the envelope!!!)

The best part: Books of Wonder ordered extra books, which we signed and you can order. So if you've wanted signed copies of THE BODY FINDER or DESIRES OF THE DEAD, you can get them by calling BoW at (212) 989-3270!

My Life With Books - Jennifer K Jovus said…
LOOKS LIKE LOTS OF FUN! I have never been east of Denver and your pics make NY tempting. :) Hope you had a great 4th.
Jennifer
July 5, 2011 at 9:57 AM

Britta said…
It was so much fun meeting you and the other great authors at Books of Wonder! I hope you'll come back when The Last Echo is out. I'm glad you had fun during the rest of your trip!
July 5, 2011 at 10:26 AM